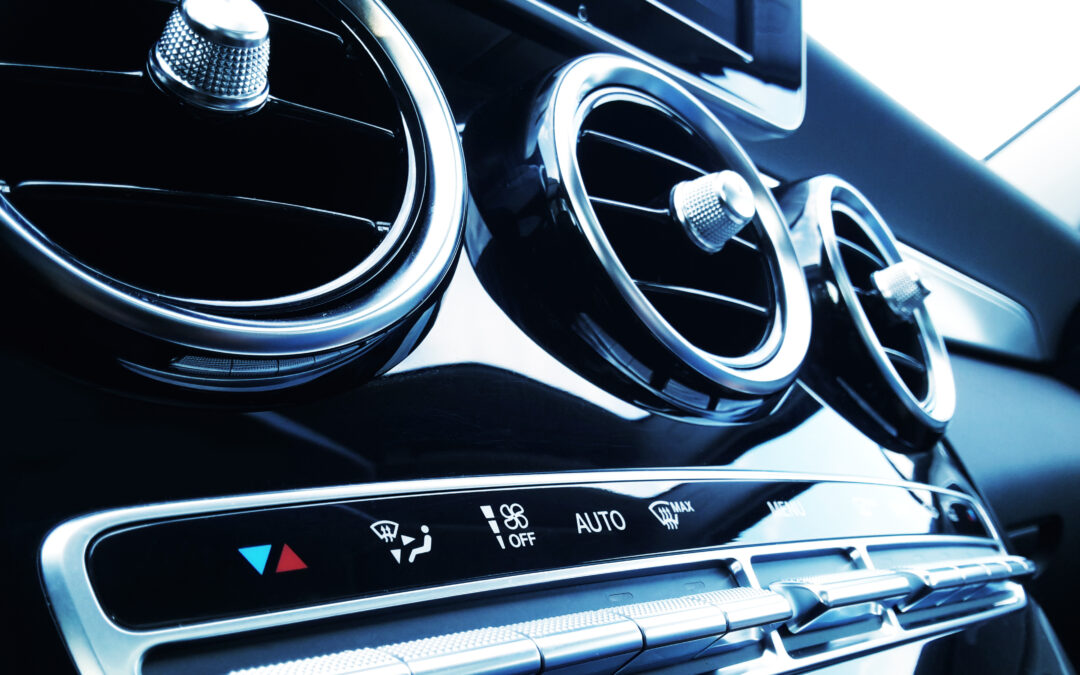 Oil changes can be procrastinated, air filters can be forgotten about, and tire rotations can be neglected until you are driving on one wheel and a prayer. But the moment your air conditioning has problems it is an emergency. Especially during the summer, that is a “drop everything and fix it” problem. But when your air conditioning breaks, you do not want to wait until it is completely non-functional to address
it. You want to catch it early. More importantly, you want to know what might be wrong so that you can
understand what can be done to fix it. So, what makes an air conditioning break? This is a question Excluservice gets all the time. This short guide will walk you through what can go wrong.

Reason #1: An Electrical Issue
So, you are getting into your car at the height of summer. The sun has been blaring down for hours and will
continue to cook the landscape for hours more. You are in the middle of leaving work and just want to relax on
your drive home. You hit the button to turn on your air conditioning, but nothing happens.
What went wrong? What did you do to deserve this? Well, it is not anything you did. It is probably a problem
with the wiring connected to the air conditioning controls. Most people worry that this indicates a greater
electrical problem with the car. Rest assured, it does not. Your battery is fine. If it wasn’t, your car would die.
The electrical switches of the air conditioning console are a completely different kind of electrical system than
the electrical system of the car itself. They take power from the car battery, but a problem with the AC buttons
is not going to cause problems with the car battery. If the car battery had problems, other things would happen.

Reason #2: A Refrigerant Issue
And then there is the situation where you turn on the AC and you get hot air rather than cold air. This is an
uncomfortable problem to face, but it is not as bad as it seems. It means there is a leak in the AC system’s freon, which is the coolant that makes it cool. Patching that leak is a mechanic’s job.

Reason #3: A Fan Issue
Another possibility is that you get into your car and turn on the air conditioning to full blast, only to be met with
a totally pathetic breath of somewhat cool air. It’s not blowing air, and the air might even be a little cool, but
there just is not enough of it. This is a very different problem than the previous one.

Rather than the electrical system not working, this is a problem the with fan. This could mean that something is obstructing the movement of the fan, weighing it down, or that a rotor is out of alignment.

These are the three most common reasons an air conditioning system is at fault. All three are rather hard to fix
without the help of an expert, so if you would like to talk to an expert, Excluservice is here to help you. Just call (301) 756-5757 and we can get your car blowing cool air again in a jiffy.